A few months ago, a team at New Balance approached Hershey and told us they were designing a performance shoe with two-time NBA Champion and NBA Finals MVP Kawhi Leonard, who plays for the LA Clippers. One of the candies he loves, they said, is Jolly Rancher. Would we like to collaborate with them on a Jolly Rancher-themed shoe?

Of course, it seemed a little bit crazy. And of course, our answer was a resounding "yes!" Hershey has found that brand collaborations, like this one, are an excellent opportunity to introduce our products to new audiences while also marketing to our current consumers. Plus, we couldn’t resist the idea of seeing the Jolly Rancher logo sprinting up and down the basketball court, and reaching people in a new, exciting way: on their feet.

Over the last few months, we’ve worked with New Balance on the design of the shoe that Leonard will be wearing, which will have Jolly Rancher colors and cues throughout—like the Jolly Rancher logo on the inside foot pad and the top of the shoe. My favorite part is the packaging: the sneakers will be wrapped in cellophane, much like the hard candy itself. The KAWHI Jolly Rancher collaboration features two colors for the signature design: Original Flavors and Blue Raspberry. 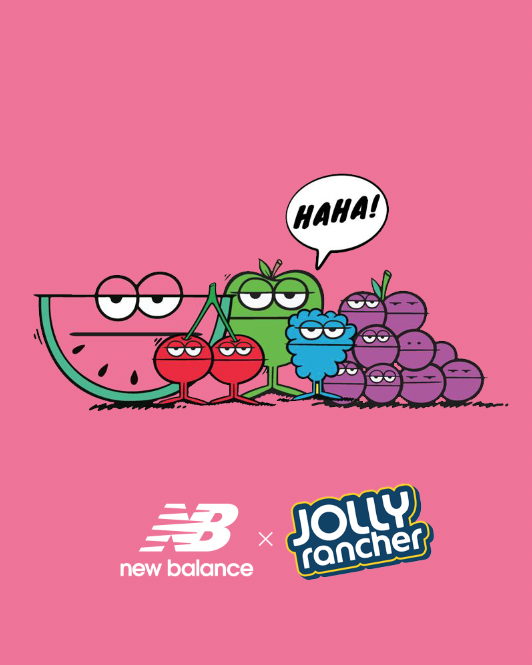 The Blue Raspberry color will be sold exclusively at New Balance and the Foot Locker family of brands. In addition, the collection includes the top-selling 327 lifestyle silhouette; a 480 Low (the original New Balance Basketball model); a sport slide sandal and t-shirt assortment. You’ll know it’s the Leonard-themed line by the facial expressions on the Jolly Rancher’s fruit characters. Much like Leonard, himself, they’re straight-faced and focused.

Early on, I talked with our social strategy and content development team, and with our strategic growth team to ensure we were all on the same page. In particular, I knew that one of my colleagues, Ryan Riess, senior director of social strategy and content, is a basketball fan and sneaker collector. He loved the collaboration idea, and he and our brand team really embraced the marketing potential of this licensing agreement. It’s an opportunity, after all, to bring Jolly Rancher into a conversation where it wouldn’t ordinarily find itself, with the sneaker collector world and NBA fans. On the other side of the equation, it’s an opportunity for New Balance to enter conversations it’s not ordinarily a part of, with the potential for articles running in confection and food magazines and popular press. The result is amplification for all involved, and that point of disruption becomes the real value.

Hershey has worked on a number of brand collaborations over the years in an array of sectors. 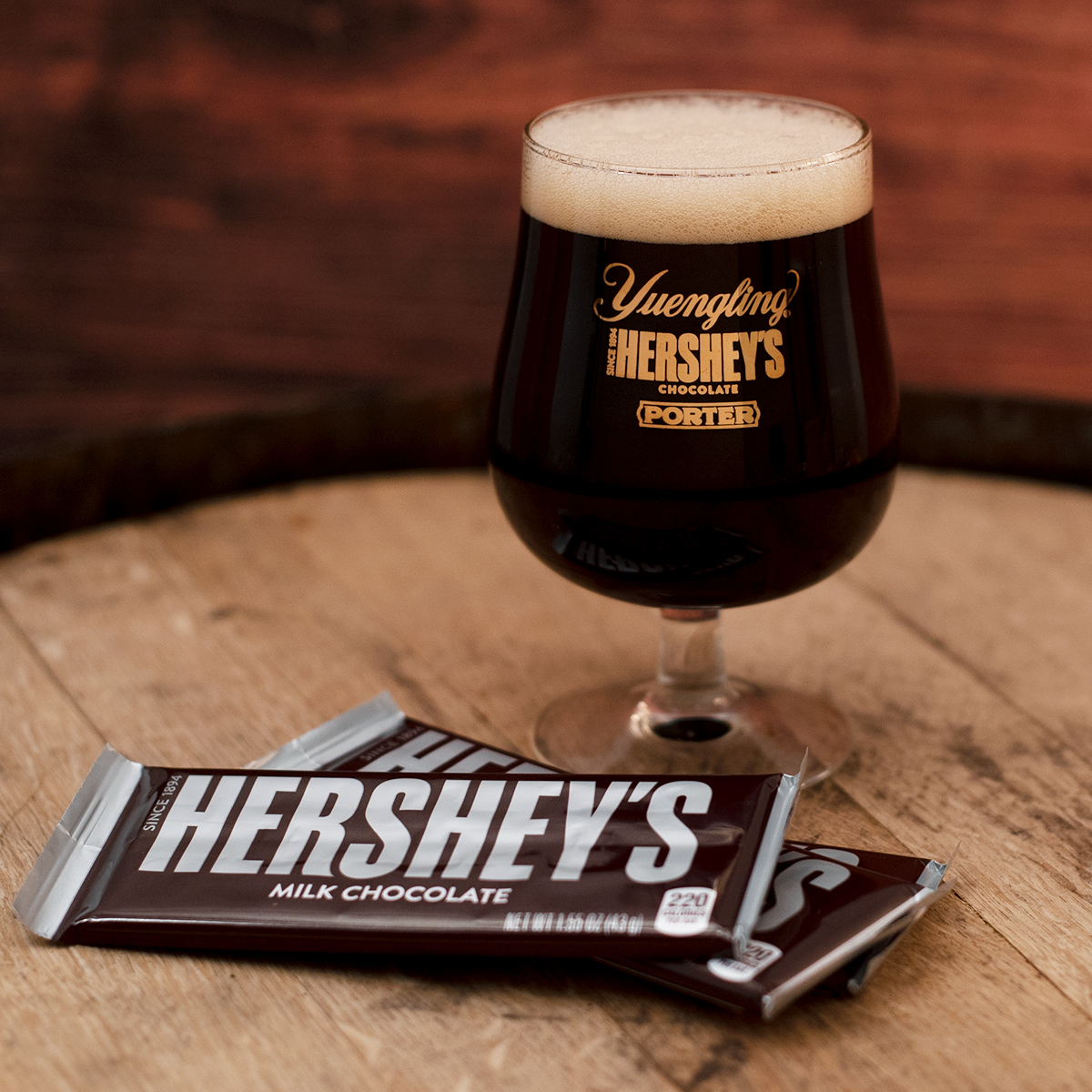 We’ve worked with Etude House in Korea on a Hershey-branded line of cosmetics. We’ve worked with Barclays Center in Brooklyn on The Hershey Bar, which serves confection-based cocktails and non-alcoholic drinks. We’ve partnered with Yuengling, which is America’s oldest brewery, to create Hershey’s Chocolate Porter. All of these innovative ventures have served as marketing tools. In addition to reaching new, sought-after audiences, our recent research shows that licensed products through brand collaborations also inspire consumers to purchase more of Hershey’s products. Similar to seeing an ad, the numbers show that when a shopper engages with a licensed Hershey product, they’re actually five times more likely to purchase a Hershey confection, and they spend two times more on Hershey confections annually. I like to say it’s marketing that we actually get paid to do.

But what excites me most about brand collaborations relates to a conversation I recently walked into in my own household. 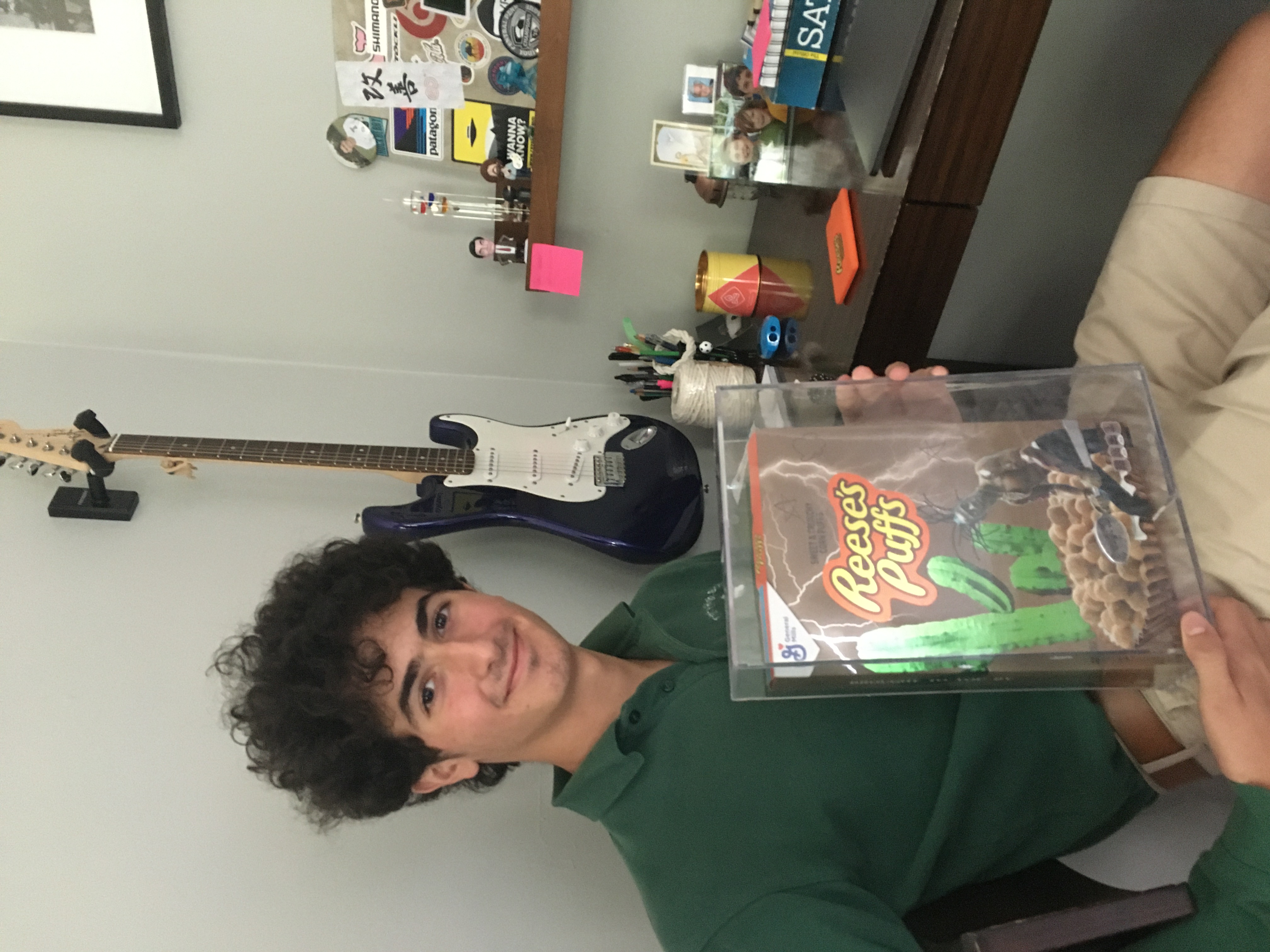 Last summer, my team oversaw a licensing agreement involving rapper Travis Scott and General Mills on limited-edition boxes of Reese’s Puffs cereal that Scott designed. The boxes retailed for $50 and sold out in 30 seconds. Well, my 16-year-old son and his buddies were at the house talking about this very thing one day. They asked if I knew anything about it, and if I had any boxes of the cereal. I told them I could bring them the four boxes that were in my office. You would have thought I’d given these guys each $1,000.

For me, that moment was priceless. I can promise you that General Mills’ traditional advertising around Reese’s Puffs has never reached any of these teenagers, but they knew about the Travis Scott collaboration.

It illustrates precisely the power of brands working together. Because today, it’s getting harder to reach consumers through traditional advertising means. To use the example of my son and his friends, they have the ability to control what they’re exposed to. They’re watching less TV. They’re choosing their own online media channels with a narrow focus, and they know how to block ads. But when they hear that a rapper is designing a breakfast cereal box, it cuts through all the other noise. That’s a conversation they want to be a part of.

As this new collaboration with New Balance and Kawhi Leonard kicks off, I hope it’ll have a similar effect. When my son's friends come over next, I know I’ll be keeping an ear out.

What’s Inside Your Favorite Products

What’s Inside Your Favorite Products